Caffeine is one of the most widely consumed active food ingredients. For thousands of years, all across the world, people have been and still are consuming caffeine through coffee, tea, as well as other foods and beverages. The reason there is such a high demand for this ingredient lies in its behavioral effects; it does an amazing job affecting our central nervous system and neurotransmitters, like dopamine, serotonin, noradrenalin and many others. All of this makes us more alert, focused, concentrated, awake and competent for dealing with a certain task.

Caffeine is a chemical compound that occurs naturally in plants like cocoa beans, guarana berries, tea leaves, and kola nut. It is added to a variety of foods and drinks to create a semi-bitter or bitter taste, as well as to act as a supplement for either weight loss, promotion of wakefulness and alertness as well as to affect the behavior and metabolism in general. During oral consumption, this compound is absorbed very quickly; it will take anywhere between 15 and 30 minutes for caffeine to start affecting our bodies. Its effects, however, last anywhere between one and four hours, depending on the person. 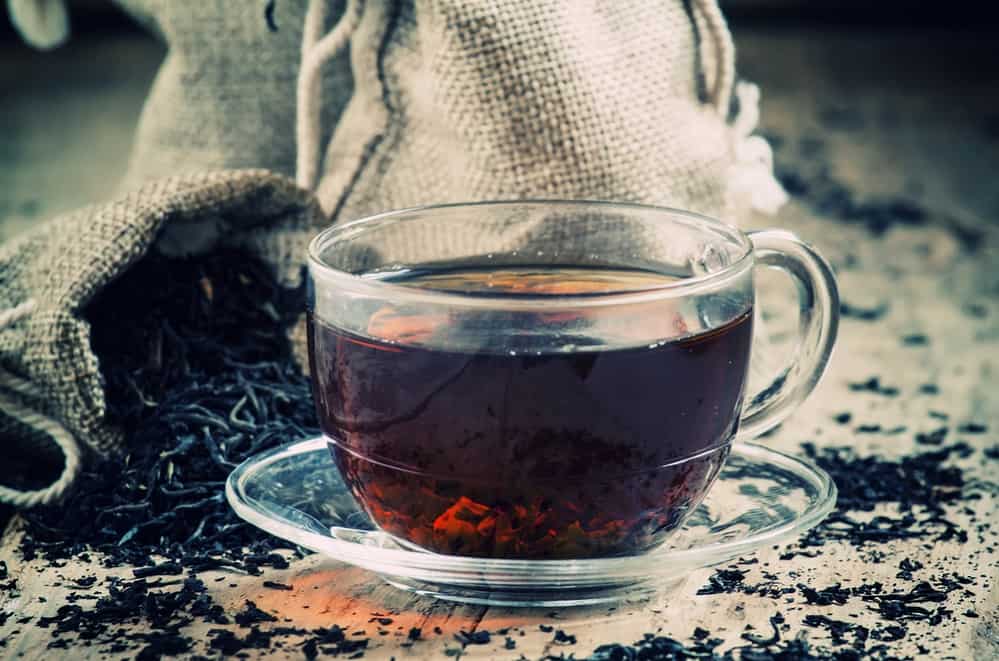 Caffeine consumption is relatively high, but we must take into consideration the cultural differences and cultural habits. Also, it is important to pay attention to the manufacturing process, what type of beans are used, as well as the targeted market. For example, in the USA certain products contain more caffeine than they do in Europe. Or, in certain countries, like the Netherlands, coffee or tea will be stronger than they are, for example, in Spain. The reason for that lies in the market needs; the Netherlands consumes the largest volume of coffee per capita than any other country in Europe. Therefore, not only does the country require more coffee on the market, but it also requires coffee that is stronger, or higher in caffeine.

However, one thing is unique across the world; the numbers for safe consumption. If you consume up to 200mg of a single dose of caffeine, there should be no health risks. If you consume up to 400mg per day, there also should be no health or safety risks. However, single doses above 100mg can affect sleep patterns and sleep duration, especially if taken before bedtime.

Caffeine, as mentioned above, occurs naturally in plants. Its extract is added to numerous dietary products as well as certain medications. When it comes to food and drinks especially, it can be found in cola drinks, energy drinks, coffee, tea, dark or other types of chocolate, protein bars, instant oatmeal, etc. When it comes to medications, it is usually found in pain relievers, weight-loss pills, as well as caffeine-based medication or supplements. Other sources include guarana, yerba mate, ginseng, taurine, and theobromine. Usually, when adding caffeine to a product, the amount stays the same and remains constant. However, depending on the country or continent, the caffeine content can differ due to growing conditions, plant variety, storage and processing and of course, market needs.

One of the most famous sources of caffeine is, of course, coffee. However, the concentration in coffee varies and depends on the plant species, cultivation methods, and beans production process. Moreover, other factors that affect the caffeine content in this beverage are also geographical location, type of bean, the weight of the grounds, roasting process, brewing method, etc. Therefore, to discuss its concentration in coffee, we must look at different types of this beverage;

Caffeine in roasted and ground coffee

Whether coffee is roasted or ground affects the caffeine content immensely. The reason for that lies in the thermal stability; for example, if the coffee is roasted, the content of caffeine is not significantly altered. The content in roasted Arabica coffee beans can vary between 0.7 and 1.6g per 100g, while the content in roasted Canephora Robusta beans varies between 1.8 and 2.6g per 100g. These numbers simply show that the higher the loss of the thermolabile compounds during the roast, the higher the concentration of caffeine content in coffee. 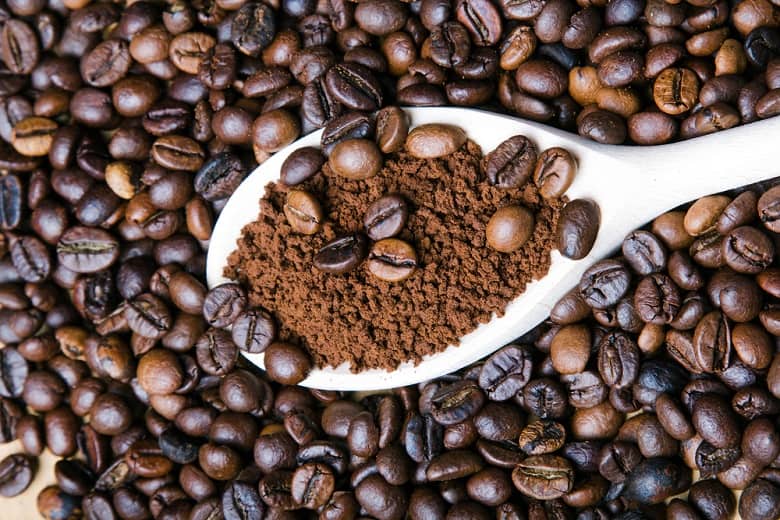 Caffeine in soluble or instant coffee

Soluble or instant coffee is made from ground coffee with the intention of quick preparation. This type of coffee is commercially prepared, it is usually cheaper and has a long shelf life. For instant coffee, the beans are ground and then roasted with hot water, under high pressure. During this process, the pressure extracts the water-soluble compounds, and then everything is simply dried. Instant coffee usually contains Arabica beans, as well as a small percentage of Canephora Robusta beans. The content, however, in instant coffee depends on the country; for example, in Brazil, soluble coffee can contain anywhere between 2.0 to even 5.8mg per 100g, while in other countries, like the USA, it contains 63mg of caffeine per 2g packet. 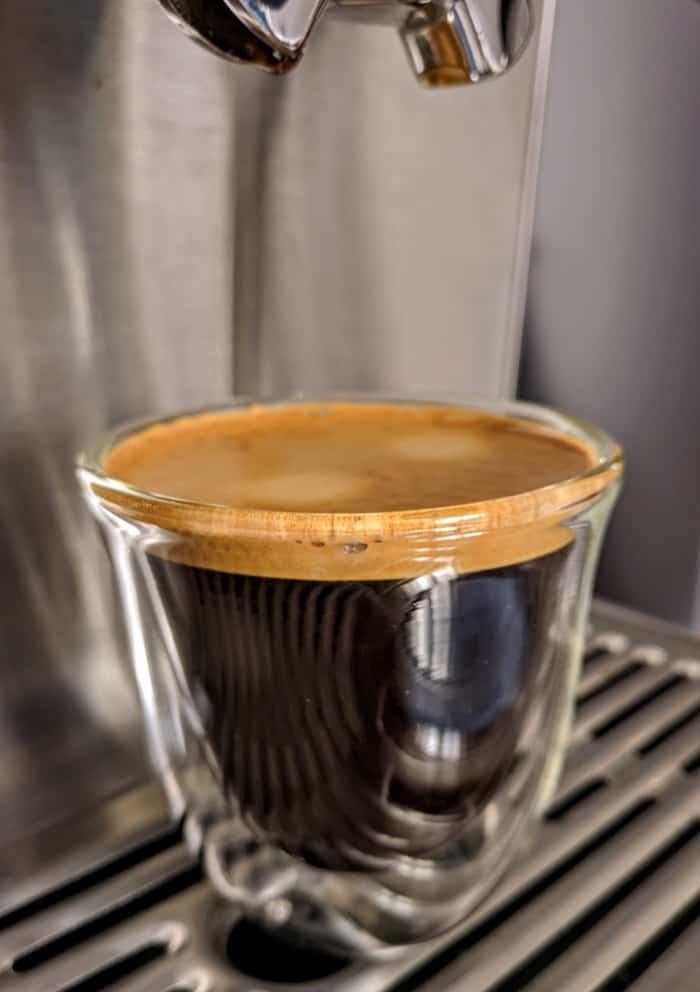 Caffeine seems to be best extracted in hot brewing methods, that is why coffee brew provides the highest concentration. The brew is also the closest to providing the stimulating effects, mentioned above. Still, the caffeine extraction is affected by the water to powder ratio, as well as the water temperature, size of the ground particles, type of roast, the origin of the coffee, quality, etc. Nevertheless, the approximate content in the brew can vary between 76 to 112mg per 240mL serving. One study has observed coffee brew from several countries, and on six separate occasions, the caffeine content varied between 130 and 282mg per 240mL serving. When it comes to the variety of brew, the highest caffeine content can be found in espresso (up to 420mg per 100mL serving), Turkish coffee (up to 283mg per 100mL serving), as well as Mocha (up to 226mg per 100ml serving). 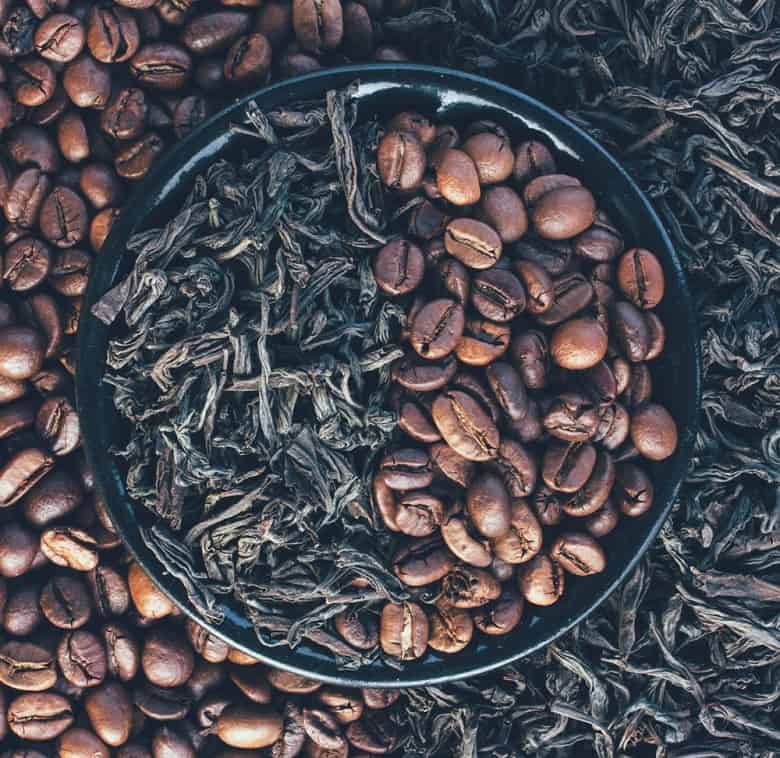 Alongside coffee, tea is the second-best source of caffeine when it comes to beverages. However, unlike coffee, tea has an incredibly pleasant taste, aroma, flavor as well as numerous health properties. While coffee is generally consumed in the West, tea is the main source of caffeine in the East. In countries like China, Japan, Koreas, etc., this beverage is indispensable in daily life, and unlike coffee, it represents a higher symbol of health, peacefulness, and harmony.

Because there are so many varieties of tea, it is important to point out the things that affect caffeine content. For example, the oxidation process, the age of the leaves, species, the origin of the leaves, fermentation, and climate in which the leaves grew; all of these factors are important in the development of the ingredient in the plant. That is why we will now take a look at different teas, and their caffeine concentration respectively。

You may also like: Which Tea Has The Most Caffeine

Green tea is generally known for being high in caffeine content. It is produced by quick deactivation of oxidative enzymes under heat, then rolled and left to dry. This process enables green tea to develop bioactive components, one of which is caffeine. When it comes to caffeine content on the level of a leaf, it could be said that there is between 14 and 28mg of caffeine per 1g leaf. However, when it comes to green tea infusion, things are a bit different. Per 250mL serving, there are between 10 and 45mg of caffeine. When it comes to green tea variation known as Matcha powder, we could say that has the highest caffeine concentration among teas. A 250mL serving (including 2g of Matcha powder) contains up to 70mg of caffeine. 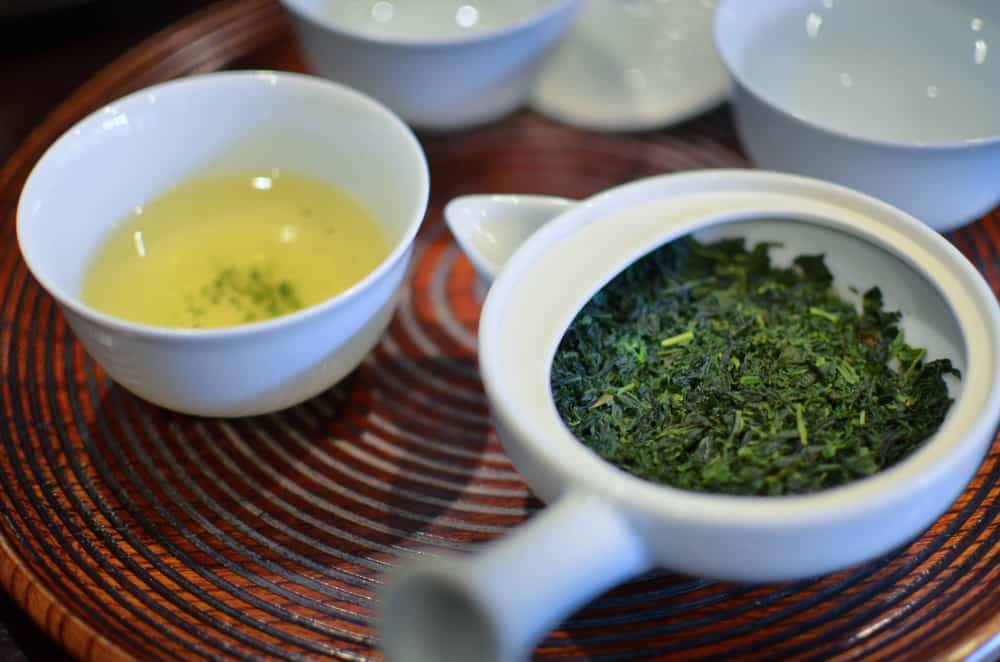 Another tea variety that is considered to be high in caffeine is black tea. It is generally considered to be stronger than green tea in terms of caffeine concentration, but that doesn’t have to be the case. Nevertheless, with black tea, it is interesting to point out that the longer the tea is being infused, the higher it becomes in caffeine. On average, during a 1 to 3-minute steep, loose-leaf black tea contains up to 42mg per serving cup. In dried form, its leaves contain up to 28g of caffeine per 1g dried leaf.

White tea isn’t usually considered as a great source of caffeine. This delicate and elegant tea is usually considered to be light, in flavor, aroma, and of course, ingredients content. However, recent studies have shown that depending on how the leaves were processed, it can have up to 39mg of caffeine per 200mL serving. Different varieties provide different caffeine content; for example, Silver Needle contains up to 30g of caffeine per 1L water, and Shou Mei can contain up to 20mg per one cup of tea.

More: Is There Caffeine in White Tea?

Yerba Mate is a rather unorthodox tea; it is made from the leaves of a tree found in South America. It also carries the pride of containing the highest caffeine concentration among the teas, which will, of course, vary based on brewing time. Yerba Mate should be steeped anywhere between 5 to 10 minutes in order to reach a caffeine content percentage of 85mg per serving cup of 200mL. Because of its high content, Yerba Mate is gaining global popularity; not only because of its caffeine but also because it is rich in antioxidants, minerals and vitamins. This makes it much healthier than coffee. 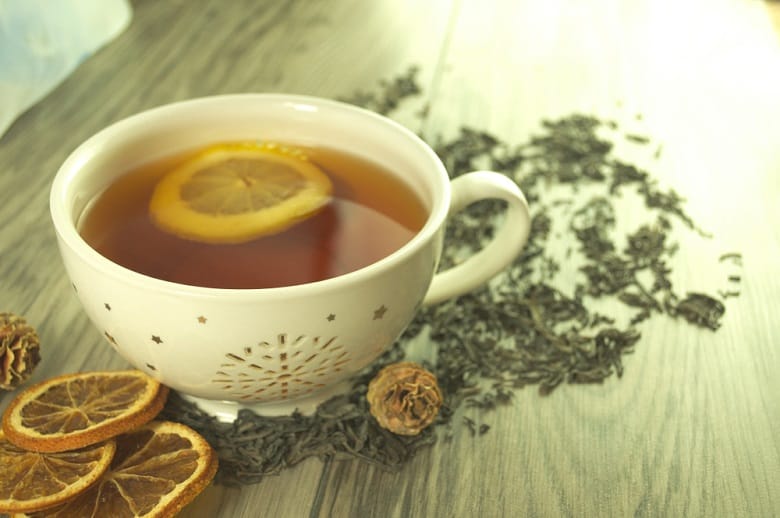 Another beverage that is gaining global attention due to its caffeine content is yellow tea. This variety is produced similarly to green tea; however, it is not dried completely. The leaves are kept damp in order to gain that wonderful yellowish color. Nevertheless, similarly to green tea, this one also contains high caffeine content; 1000mg of yellow tea buds can contain up to 50mg of caffeine. Or, to put it simply, there are up to 33mg of caffeine per 200mL serving of yellow tea. It is important to know that the steeping process affects the percentage of caffeine that is released, so these numbers can vary.

Just as there is decaffeinated coffee, there are also non-caffeine teas. The difference is; tea cannot be decaffeinated. However, there are varieties that are naturally free of alkaloids. For example, Rooibos is completely caffeine-free. It does contain tannin, polyphenols and other components. Moreover, herbal teas, like chamomile or peppermint are also caffeine-free. So, if you’re looking for a healthier alternative to green, black or other caffeine-rich teas, make sure to checks the aforementioned varieties. These are also suitable for people who are allergic to caffeine.

More: Is Rooibos Tea Safe to Drink During Pregnancy?

Both coffee and tea are exceptional sources of caffeine. However, it is important to bear in mind the health properties of each, as well as how they affect you as an individual. Some people may find coffee more helpful, and some, however, find tea to be more suitable for their daily metabolic needs. Either way, make sure to consider your caffeine intake, especially if you have cardiovascular issues, are pregnant or prone to sleeping disorders. Other than that, caffeine, when consumed appropriately, should not pose any health risks.