When it comes to tea, there can be genuine confusion between different varieties and which one is the best. Truth to be told, each tea variety carries certain advantages itself, however, people tend to distinguish between teas according to their personal preferences. Nevertheless, it seems that the commonest comparison between teas usually falls down to these two, black and green tea. Both are globally famous for their incredible flavor, aroma, outstanding blends and numerous health benefits. It can truly be hard to choose between these two.

Before making the final decision as to which tea is better, it is valuable to learn about each of the teas. Numerous factors affect the flavor, aroma, and quality of tea, therefore, knowing about the cultivation, processing, manufacturing, tea blending, brewing methods, and chemical composition can really paint a picture in regards to advantages and disadvantages of drinking either black or green tea. Therefore, in the following paragraphs, we are going to tackle some of the most important information and common questions when it comes to these two wonderful varieties.

What is Green Tea? 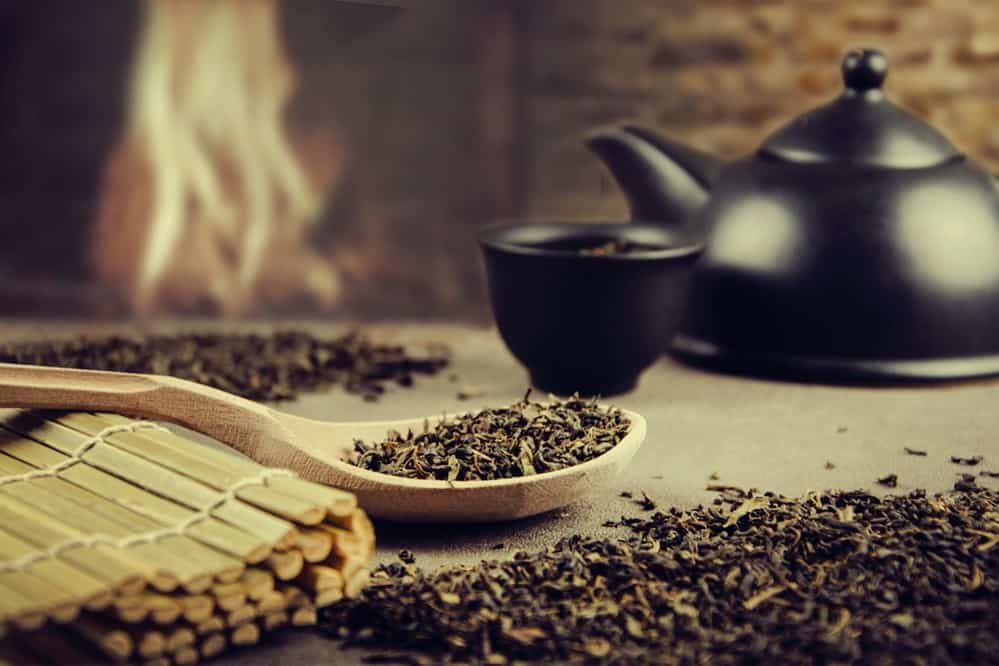 Historically, green tea was the first tea variety that was developed and produced in ancient China and Japan. The existence of green tea can be traced back to 2727 BC during the reign of the Chinese Emperor Shennong, who was a mythical sage and a legendary figure in Chinese mythology. Nowadays, green tea is a staple in the tea industry around the world. It is appreciated for its wonderful green and leafy appearance, citrusy flavors, and roasted notes. There are over 200 green tea varieties which create an incredibly high percentage of the global tea market. Green tea is globally famous for its health benefits, antioxidant values and for generally providing a sense of well-being and harmony. In recent years, because of its caffeine content, green tea has also become a no1 coffee substitute, which is further encouraged by medical professionals.

What is Black Tea? 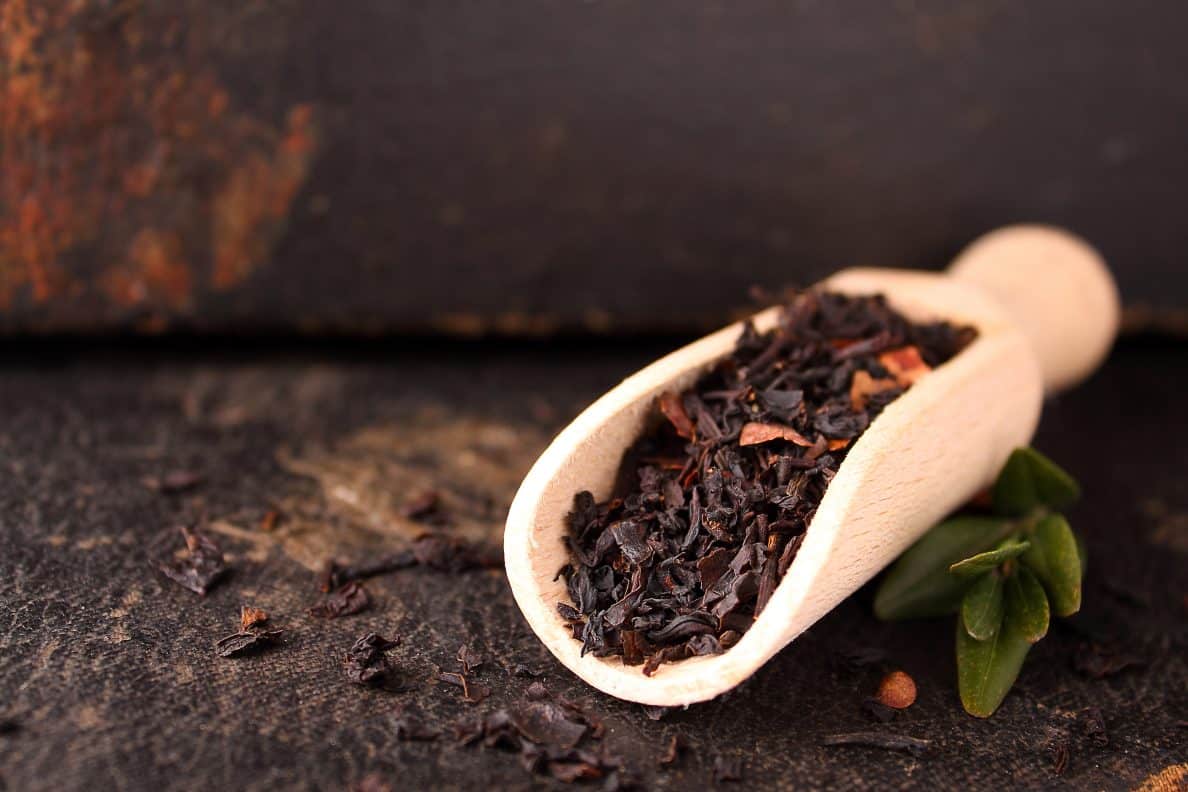 Black tea is known as the most common tea variety. While green tea is dominant on a global scale, black tea constitutes approximately 90% of the Western tea market, meaning that it is surely catching up with the green tea. For hundreds of years, black tea has been main article of trade in Asia, and between Asia and the West. It has even served as a form of de facto currency in countries like Mongolia and areas like Siberia and Tibet. Black tea was brought to Europe in 1610, and from there it has reached the rest of the world.

Nowadays, black tea is cultivated all across Asia and the West; from Indonesia, China, India, Japan, African countries like Kenya, to Turkey, Iran, England, and the Netherlands. When it comes to appearance and tasting profile, black tea has smaller and thinner leaves, as well as a great depth of flavor. The flavor and aroma can range from savory to sweet, and the tea overall is more bitter and astringent than green tea. However, when prepared correctly, it can be rather smooth and extremely flavorful.

Once grown, harvested and processed, both green and black tea undergo certain processing, blending and scenting stages. Processing is important as during this stage these teas become different; we are talking about drying the leaves, oxidation and chemical compounds development.

Green tea processing in generally common in countries like China, Taiwan, and Japan. It is a unique processing form, as the tea undergoes an additional drying stage, also known as ‘killing the green’ or ‘fixing’. This means that the leaves are heated to pause the oxidation process. The heating is traditionally done through pan-frying or steaming, after which the leaves are rolled and shaped. Pan-frying is a process during which the leaves are tossed and turned on large, heated metal drums. When it comes to steaming, on the other hand, the leaves are usually passed through a so-called steaming chamber for 30 do 120 seconds. 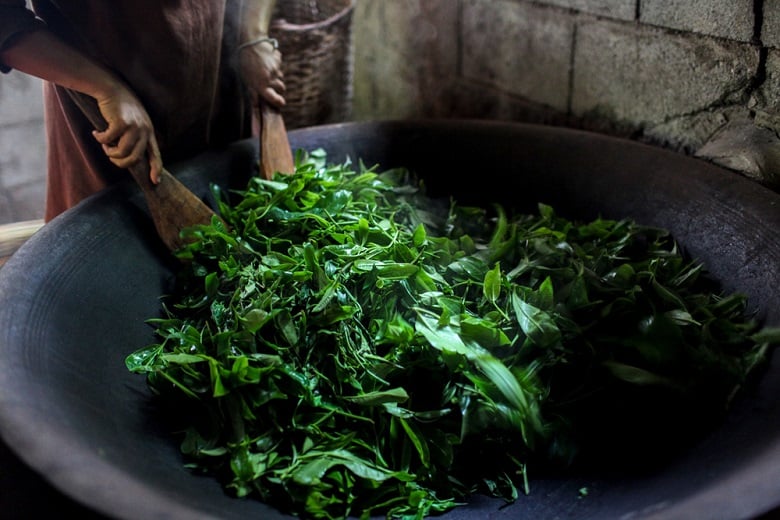 These processing and drying methods are often responsible for the flavor profile of the green tea. They also add interesting and unique flavors and aromas to the tea; pan-drying ensures the tea has roasted notes, while steaming ensures grassy flavor. This type of processing ensures the tea preserves the green, leafy appearance as well as its antioxidant levels. It is important to mention that during this process, there is also the inhibition of further caffeine development. Because of this, green tea has been hailed as one of the healthiest beverages in the world.

Processing might be the biggest difference between black and green tea. Unlike green tea, black tea undergoes a production process where the leaves are fully oxidized before the very heat-processing and drying. Full, or complete oxidation means that the tea leaves are exposed to oxygen, which in turn makes the leaves dark in color (brown or black) and alters the flavor profile of the tea. Unlike green tea, black tea has a smoky, strong flavor, that is often reminiscent of malty and fruity notes. 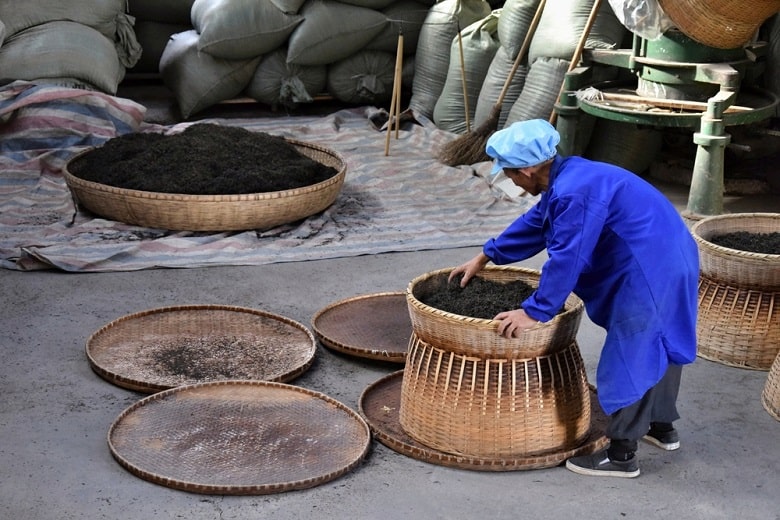 Moreover, black tea undergoes two types of processing. The first one is known as the Orthodox method, where the leaves remain whole, and only undergo withering, rolling, oxidizing and drying stages. On the other hand, there is the Non-Orthodox or CTC (crush-tear-curl) method where the leaves are cut into fine, small pieces. This method ensures that the cut leaves expose more of the surface area to the oxidation process. Moreover, the method ensures the leaves undergo withering, cutting, tearing, curling, oxidizing and drying. Because these methods can be rather time-consuming and demanding, most of the black tea processing is done on a large-scale with the help of automated machinery. Such processing and production ensure that the black tea develops a strong flavor that is very much enjoyed among the Western tea consumers.

Both green and black tea are incredibly healthy, as they contain numerous beneficial properties and active compounds. Their mechanism of action is also active, which means that they affect and boost metabolism and immune system directly. Let’s see what each of the teas can help us with;

Read more: The Benefits of Green Tea (and Side Effects)

When comparing these two teas, we can conclude that they are rather different, but their effects on our bodies are the same; they help us improve our immune system, boost metabolism, fight off diseases and achieve mental focus and harmony between mind and body.

These teas are incredibly healthy, as well as tasty and provide exceptional tea-drinking experience.

However, they do that in their own, unique and different ways.

Green tea is for those who enjoy delicate and subtle teas with leafy and sweet flavor and aroma.

Black tea, on the other hand, is for those who are looking for stronger flavors and aroma, and who would like to find an adequate alternative to coffee.

Regardless of which tea you prefer, you are not wrong, as both are exceptional.