While there is an extreme shortage of accounts of Celtic mythology, this scarcity does not extend to Celtic symbols. Scattered over the Celtic lands are a wide variety of icons and logos that touch everything from the balance of the Universe to the human spirit.

Many of these symbols have become national symbols of Ireland and Scotland, while a few like the Claddagh Ring have gone on to gain international acceptance and inclusion in global culture.

The following symbols were of cardinal importance to the ancient Celts, a group of people that lived in Britain and Western Europe from 500 BC to 400AD. 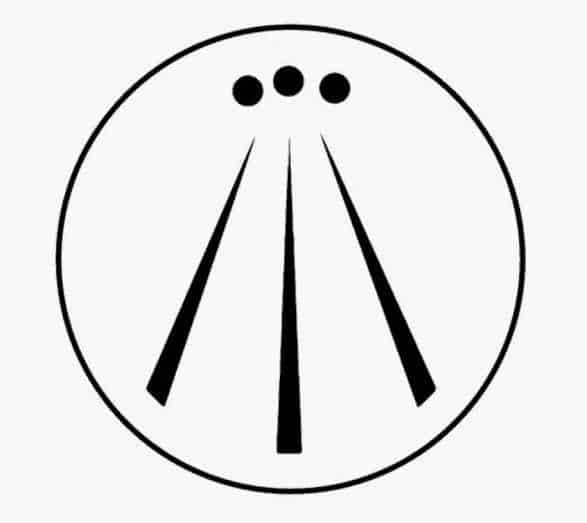 Thanks to featuring prominently in the works of many tattoo artists, the Awen is now one of the most easily recognizable Celtic symbols. The sign which features three rays, flames, or lines that lead to a point makes for an eye-catching aesthetic that matches its profound meaning.

The Awen represents the balance and harmony of opposites that make up the Universe, akin to the Chinese Yin and Yang. Like its Chinese counterpart, the symbol is favored by poets and artists, and it is a prominent feature in designs for tattoos, jewelry, and artwork.

While there are multiple interpretations of this symbol, one popular take is that the outside lines represent male and female while the inside line represents the resulting balance.

Another view sees the symbol as a union of three core energies of the Universe as in Male, Female, and Offspring, or Past, Present, and Future. Like with Christain symbol of the Trinity, the number 3 is of extreme importance in all Celtic traditions.

The word “Awen” translates to “inspiration” or “essence” in the Celtic language. It’s first recorded use dates back to the 9th century where it appeared in the Historia Brittonum, a purported history of the indigenous British.

The symbol, however, is a relatively newer neo-Druid piece, with its creation often being attributed to Iolo Morgannwg, an 18th-century Welsh poet. 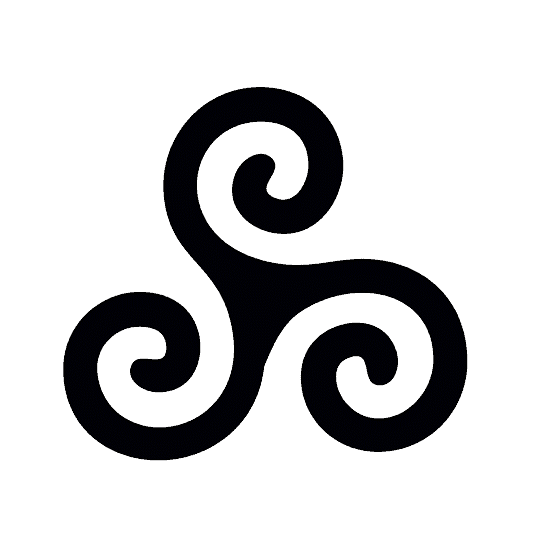 Another emblem that emphasizes the importance of the number 3 in Celtic symbolism is the Triskelion. The symbol is made up of three conjoined spirals exhibiting rotational symmetry. The spirals could be Archimedean spirals, three bent legs, three angel silhouette, or any other relevant motif elements.

The Triskelion is one of the oldest Celtic signs evidenced by patterns on the kerbstones of Newgrange, a tomb that dates back to the Neolithic Stone Age. Triskelions have also popped up over history on Greek and Roman designs.

Like the Awen, the Triskelion often represents Nature, Life, and the balance of the Universe. Among the Celts, the symbol is also used to depict perseverance, strength in adverse conditions, and the resultant growth.

However, the sign is also sometimes used to represent the female and female power through change and growth. In this interpretation, the three spirals stand for the maiden, the mother, and the crone.

Even today, the Triskelion is still a famous symbol appearing in flags like that of Sicily and Isle of Man. 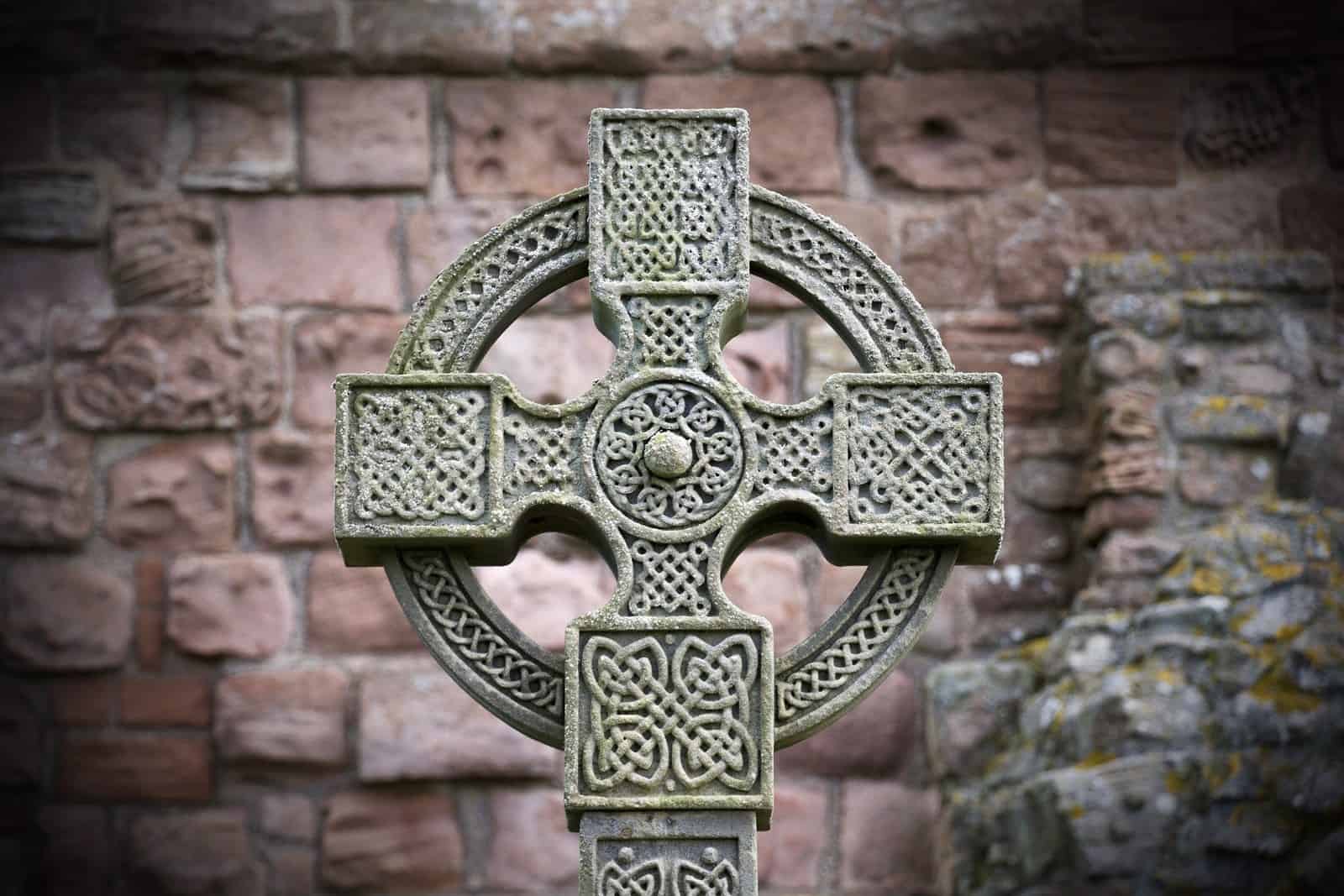 The Celtic Cross is one of the more recognizable Celtics symbols, with sculptures that represent the motif dotting the landscapes of Wales, Scotland, and Ireland. The sign is a form of Christian cross that features a nimbus or ring surrounding the intersection of the cross.

In many Celtic regions today, the Celtic Cross is often associated with Christianity. Furthermore, the symbol emerged in Ireland and Britain in the Early Middle Ages, about the same time Christianity was taking roots in the region.

One popular legend attributes the introduction of the Celtic Cross to Saint Patrick or possibly Saint Declan. As the story goes, the saint combined the Christain Cross with the pagan reverence of the sun’s life-giving properties to give pagan followers an idea of the importance of the cross.

Another theory sees the Celtic Cross as a sign that predates Christianity and represents the balance of the Universe. In this supposition, the cross represents the four elements of fire, earth, water, and air.

Since its revival in the 1850s, the Celtic cross has gained popularity and has been used extensively in jewelry and as stone grave markers.

However, the sign is often appropriated by several white nationalists and neo-nazi movements around the world. 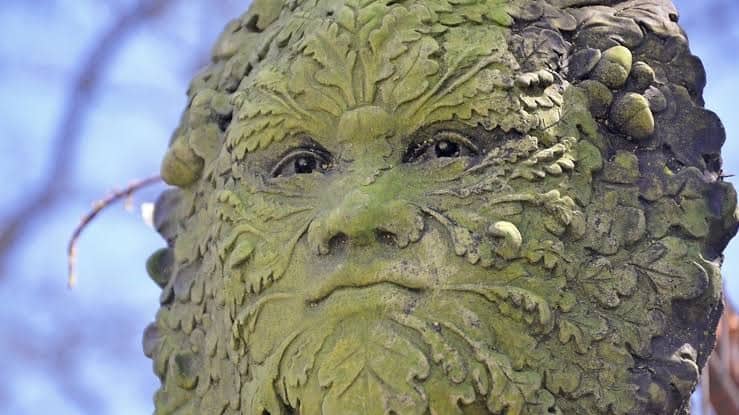 Found in many cultures from many ages around the world, the Green Man is a sculpture or other representation of a face surrounded by or made from leaves.

The symbol is primarily viewed representation of life, rebirth, and the natural cycle of growth and the arrival of spring. As a result, the Green Man is often related to natural vegetative and food-related deities from several cultures.

While today the Green Man is primarily associated with the Celts, the symbol, or some version of it, have been found in civilizations that are several thousand years older.

In modern times, the symbol is a common theme with both secular and ecclesiastical buildings, especially in Ireland and Britain. It is also a frequently used decorative architectural ornament that is referred to as foliate heads or foliate masks.

The Green Man made a significant comeback in the 20th century, marked by a resurgence in popularity in Europe and around the world. In the 60s, the emerging hippy culture adopted the symbol as a representation of the environment. This association continues today with the Green Man featuring in the logos of many businesses concerned with sustainable living and the preservation of the environment.

The term “The Green Man” was first coined by Lady Raglan in 1939. Other names for the motif include The Man in the Tree, Jack O’ the Green, and Derg Corra Viridios. 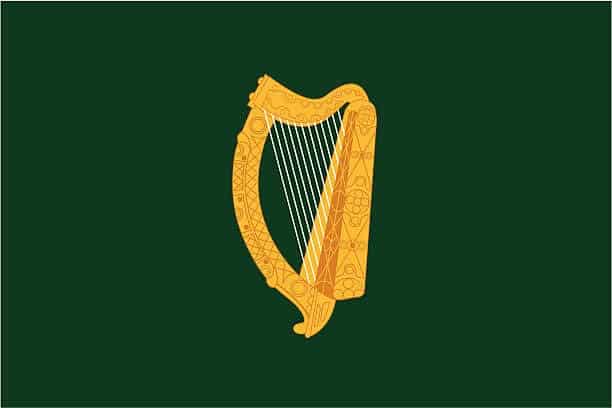 A key feature in Celtic musical traditions, the Celtic harp is a square harp traditional to Ireland and Scotland. Even today, the symbol of the harp still takes center stage as it is the official national emblem of Ireland.

Furthermore, the harp is one of the most widely recognized Irish symbols. This fame can partially be attributed to the use of the motif on the logo for Guinness, a worldwide phenomenon that is considered by many to be the country’s national drink.

The symbol also features on the country’s Euro coins, as well as on the logo of many other top Irish companies like Ryannair, Harp lager, and the Irish Independent Newspaper.

The date and channel via which the harp appeared in the Celtic lands is still heavily contested. However, it is on record that harp has been a symbol of supreme importance for the Irish people since the 10th century. The natives regard the harp as a representation of the spirit of the people. 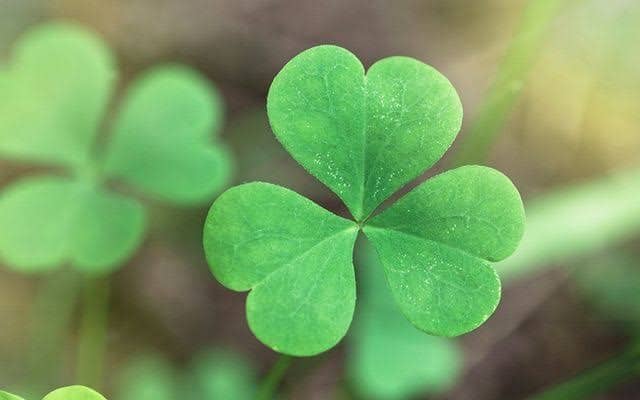 Another symbol that is widely associated with the Irish nation is a three-leaved clover plant known as Shamrock. The three leaves are one of the official symbols that can be used in representing Ireland.

Like the Awen and the Triskelion, the Shamrock aligns with the Celtic tradition of threes. This culture views the number 3 as a representation of the Universe and the divine. Hence, while there is no evidence that the Shamrocks was sacred to the Celts, we can easily presume its importance.

The Shamrock was probably associated with the tripartite nature of the Universe and the regenerative powers of Mother Nature. The symbol is also associated with St. Patrick, the Christain patron saint of Ireland.

The plant’s rise to a national symbol of Ireland started in the 18th century. During the American Revolutionary War, British soldiers were withdrawn from Ireland and sent across the Atlantic to help resolve the conflict.

However, this move left the Irish significantly undefended from external threats. Hence, local militias known as the Irish Volunteers rose up to the nation’s defense. Many of these groups took up the Shamrock as an emblem of Ireland.

This symbolism continued in the 19th century where the Shamrock became a symbol of Irish nationalism and rebellion against the British Crown. 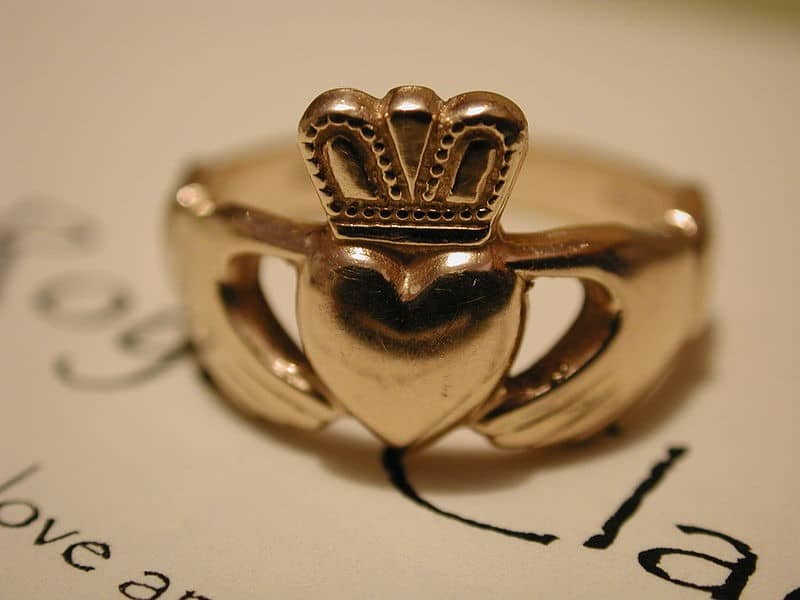 Another contribution of the Celts to world symbolism is the Claddagh Ring. The Claddagh ring is a traditional Irish ring that exchanged by lovers as a sign of timeless love and friendship.

Consistent with Celtic symbolism, the ring is made up of three elements: a heart, a pair of hands, and a crown. The Heart represents love and romantic interest, the Hands denote friendship, while the Crown symbolizes loyalty.

Today, Claddagh Rings feature prominently in Ireland where the populace uses them as symbols of union and loyalty. The practice has also spread to other parts of the world, and even infiltrated pop culture, featuring in the Buffy the Vampire Slayer series.

While there are many myths and legends as to the origin of the Claddagh ring, most accounts reference Richard Joyce, a 17th-century Irish goldsmith from the small fishing village of Claddagh in Galway.

As the story goes, Joyce was captured and enslaved by Algerian Corsairs around 1675 while on a passage to the West Indies. Consequently, he was sold into slavery to a Moorish goldsmith who taught him the craft.

Fourteen years later, Joyce was released, with other British subjects, thanks to a request by King William III. He brought along with him the ring which he had fashioned while in captivity, married his sweetheart with it, and became a goldsmith with considerable success.